Nova is a really beautiful horse, with her white fur, silvery mane and shitstained tail… She has a tendency to push her ass against the wall in her box when she shits, and her stomach is easily upset. You get the idea. I must admit I’ve been a bit lazy about washing her tail. It’s been to cold to wash her (but probably not her tail), it takes too long to do and all other excuses I could come up with. But now I’ve finally done it!

Her tail is discoloured, especially in the end, and closes to her ass the strains of hair is full of small lumps that has hardened. It didn’t look good, and probably didn’t feel good either. I started by soaking her tail in a large bucket of clean, tempered water. My weightlifting came in handy here as the bucket gets real heavy after a couple of minutes! The idea was to loosen everything that would come of fairly easy before applying the shampoo. After a few minutes of soaking and massaging the tail in the bucket, the water was saturated. I repeated the process three times before the water was relatively clear.

Next, I massaged in a shampoo meant for white horses and let it stay in for a good 5 – 10 minutes so that it could really work its way into the dirt. Then I started rinsing again until the water was clear again. You might have noticed that I didn’t write that I combed her tail before I started washing it. It was just too dirty!

After rinsing thouroghly, I let it be for a day or two. No particular reason, just a lot of other stuff going on, but I don’t think it did any harm.

My next goal was to remove all the tangles. I started with a small handfull of hair, sprayed it with showsheen and worked my way from the end and up towards the root, carefully combing it to avoid breaking to many strands of hair. When the first handfull was silky smooth, I tied it into a knot and started on a new handfull. I repeated this until her tail was fully worked through, then untied all the knots and started working through her tail again from all sides. This made her tail fluffy, untangled and more suiting for a lady like her.

There were still some resilient lumps that kept clinging to individual hairs, but because she had already been sprayed with showsheen and brushed, they came of pretty easily when I pulled them with my nails.

Now that she’s clean and nice, I will need to wash the tail like this once or twice a month, and brush it at least every other day to maintain it! White horses… 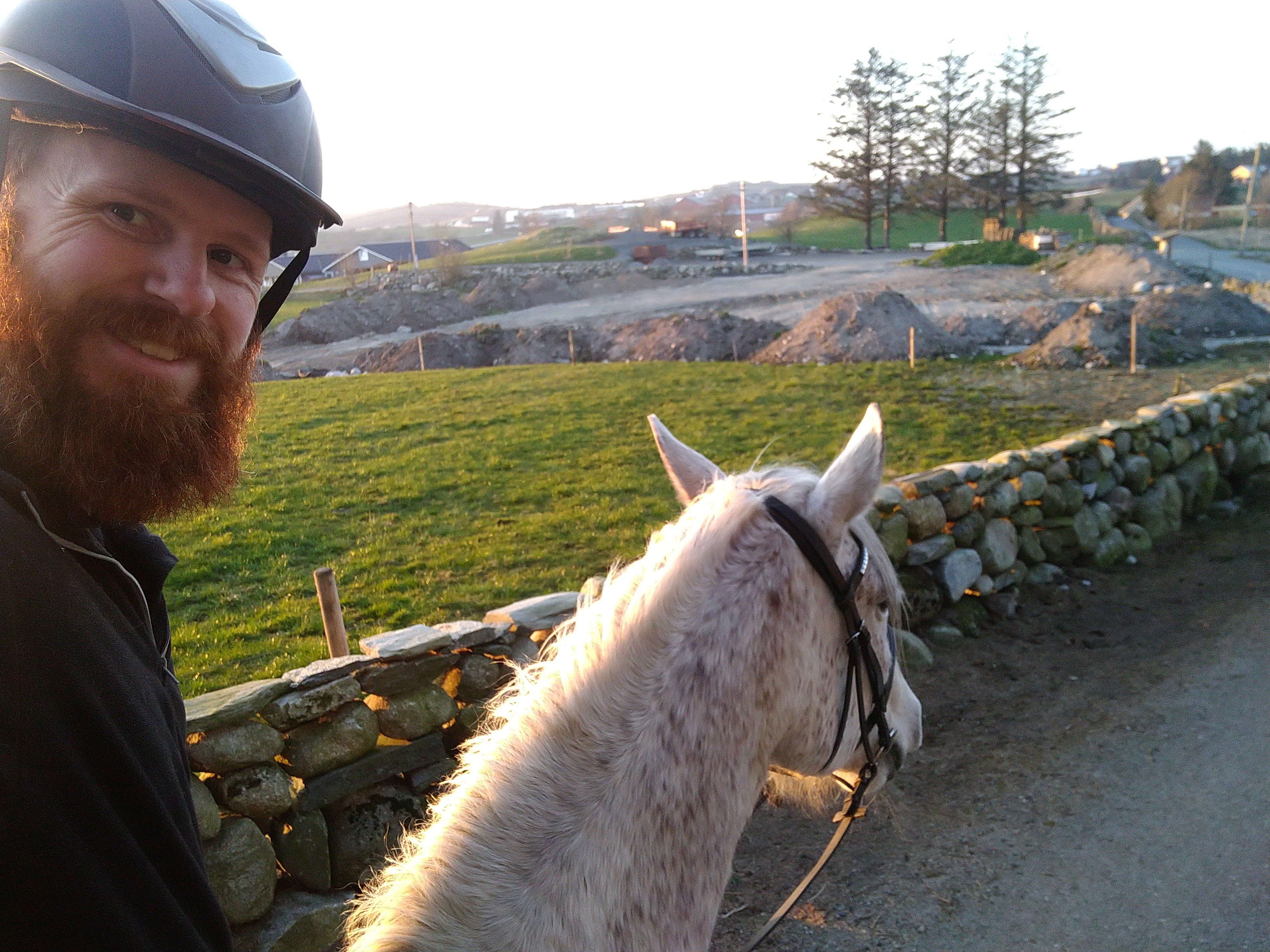 It took me a long time, but yesterday I finally found the guts to take Nova for a trailride again. I’ve been […]